Supported by ERM, a project titled Women for Greens - Improving Livelihood of Marginalised Rural Women By Providing Training & Support to Cultivate The Fallow Land has been initiated in a cluster of villages in Poorvi Singbhum district in Jharkhand.  The project aims to :

- Help the local women to take up farming as an occupation and a means of livelihood.

- Build access to the government support programmes that provide seeds, saplings and other farming related support.

- Improve green cover which results in improved access to produce like fruits, additional fodder for livestock, mulch for farming and firewood.

The project expects the following outcomes:

- Village based women of marginal section will become full-fledged farmers and have an additional means of livelihood.

- Fallow land will be utilized resulting in increase of green cover, in turn providing additional value to the women farmers

This effort is already progressed well. To begin with there has been a Training organized for the village women leaders and Swadhina field volunteers, to create knowledge base on Organic Farming. Thereafter with the help of these human resources the work in the field started and has now taken a good pace. The work has the following aspects:

Land needs food, and, not chemicals. Use and over use of chemical fertilizers and pesticides may in 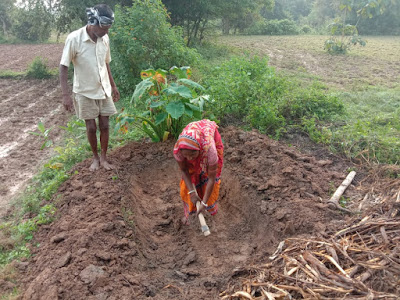 How these are being done:
A pit is dug, 4’ x 3’ x 3’ of size or nearer the size, depending on the place or available space. This Organic Manure Pit is then filled with a layer of cow dung, a layer of soft soil, leaves - green or dried ones, broken plant branches, straws, plant recedues and anything that is natural. Thus several layers are laid. After some weeks the manure is ready. After tilling the land this manure is used before planting the seedlings. 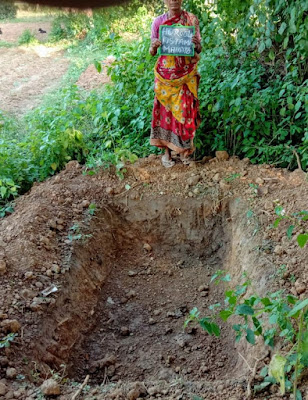 Land Reclamation
The area of our project is drought prone. This is basically forest area and inhabitants are primarily tribal and other backward caste communities. This is a forest and hilly region, and hence landless-ness is not the issue. Topographically the land is divided into four categories.

Baid, - the next lower rung, mostly used for cultivation purpose during rainy season.

Kanali – Lower level land, has water retention, and can be used even during moderate dry period. Ideal for plantation of the type of crops requiring less irrigation water.

Fallow land is the Tad land for which the land reclamation is done. This means clearing the stony and  hard soil. The tilling is hard, and, at times difficult for the bullock-supported ploughing. Our 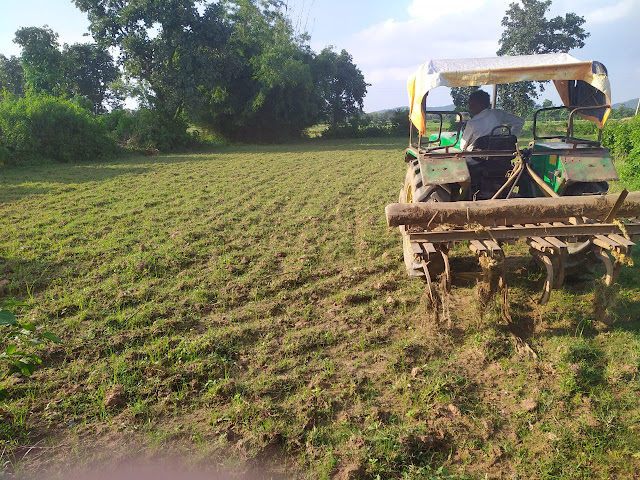 effort is to bring in the Tad Land into agriculture use thus augmenting enhanced income for the family. Moreover, our aim is to involve women in this agricultural development effort so that women become prime actors in the field. This of course stand out as greening of earth and thus support the cause of environment sustenance. 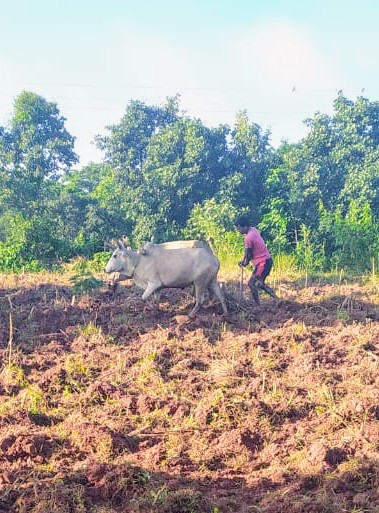 Here are the glimpses of the Land Reclamation effort:

Plantation
Encouragement is provided to plant easily manageable items, also looking at the demands of the local markets. Also emphasis is laid on cultivating plants which help in nitrogen fixation on the soil like various forms of beans, lintels, grams etc.

Chasing the Dream !!
Regular interaction is done with each woman involved in the programme. This is basically to learn about the final objective of them - what is the dream they are chasing as a result of the effort they are putting in.
Very interesting observations are recorded:
-       Some wish to use the money thus earned on the education development of their children,
-       Some want to put the money in the savings in their own bank account
-- 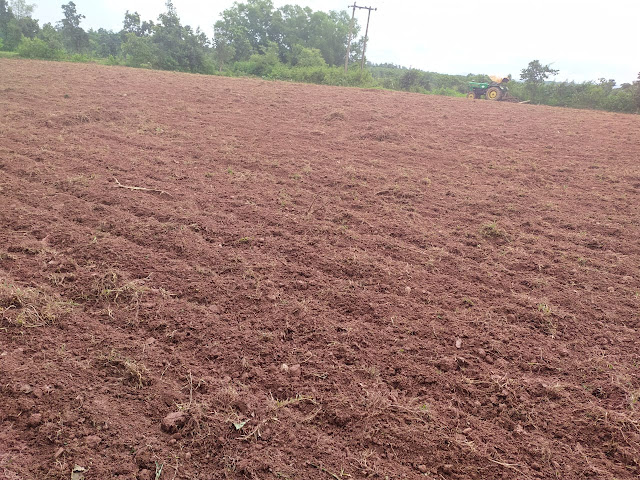 Some want to repair and renovate the house roofing.

Wish them Every Best !!
Those Who Dared to Dream

Here are the stories of some brave hearts who dared to plunge into the journey.

1.Sabitri Mahato:
She has a small family - Sabitri, her husband and two sons. The elder one has just completed college studies and the other one is just admitted in a college. They live in Hurumbil village and this is one of the rare scenario where there are two college going children  in a family !

Sabitri has reclaimed one Bigha (about half of an acre) of fallow land, prepared an Organic Manure Pit. She has planted Tomatoes in the reclaimed land and is expecting at least 20 quintals of produce and can sale it for about Rs. 16000/-. They plan to repair and renovate their house with that money.

2. Astami Mahato
She lives in Hurumbil with her mother. Astami lost her father at an early age some years ago.  She did not marry and she gets a Government stipend of Rs. 1000/- per month. She has reclaimed 2 bighas of fallow land and has also dug an organic manure pit.

She has planted Kulathi lentils in the reclaimed land. She expects about 40 kgs of lintel which will help her family in food security.

She is aware that this particular plants will help in improving land quality, and hence for next crop she can plant good profitable item.

3.Sharmila Hansda
she belongs to Hutupathar, a Santhal tribe village. She has a small family with husband and two sons. Both the children study in primary school. Sharmila and her husband occasionally go for daily wage-earning work as farm-hands whenever available. They have dug an organic manure pit and reclaimed 2 bighas of land. They planted tomatoes which they expect to fetch 30 quintals, which would give them about  Rs. 24000/-. They have two rooms house. One room is yet to have good roofing and they plan to go for tile roofing with the money they would get from the earning.

4.Kalyani Mahato
She lives in Hurumbil with her husband and two children. Her husband is well educated but could not secure a job which will earn money for the family.

Daughter is appearing for School Final Exam and the son studies in fifth standard. They have sent the daughter for good schooling at a far off place called Dharampur who stays at a relative’s house. This is encouraging since not many family would put in so much time and effort for   education of a girl-child. She has prepared an Organic Manure  Pit and reclaimed 1 bigha of fallow land. She has planted tomatoes and she expects this effort would yield 13 quintals of tomatoes. She would get about 10000/-rupees. She plans to put the money thus earned as savings in her bank account.

5.Sajani Mandi
She is from the Santhal tribe village of Hutupathar. She lives with her husband and two sons.
Both the sons studied up to high school. They all survive primarily by doing daily-wage earning jobs in the village, i.e. whenever available. They have prepared an organic manure pit and reclaimed 2 bighas of land. Tomatoes have been planted and they expect at least 25000/- after selling the produce next month.
Conclusion
The programme has taken a good momentum, despite untimely rainfall and we record our sincere appreciation for our field volunteers and the village women group leaders. They have indeed put in hard work and moved in a planned way. We plan to bring in our next progress report around end of this year.